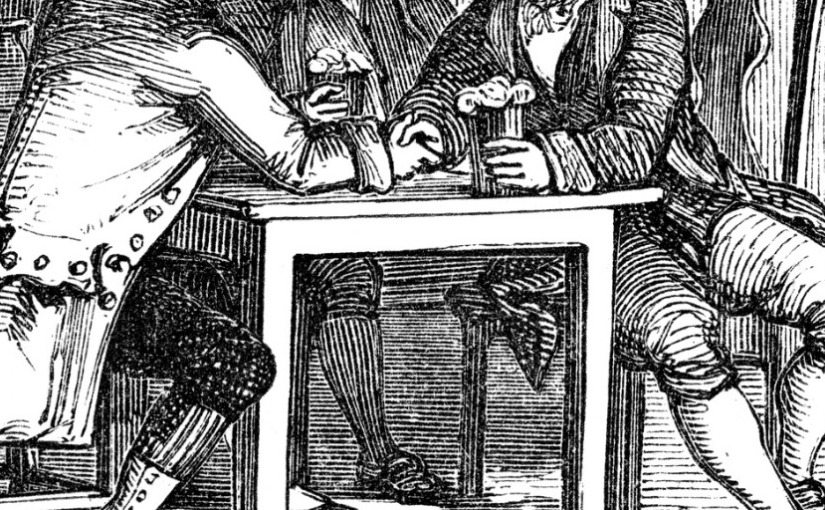 Here are 5 questions to ask your players that aren’t “Are you a male or a female?” These 5 introductory questions will provide a clearer image of the visions of your players without limiting them to the binary of “strong female characters” or “flawed men.”

How is your character dressed?

What someone wears says more about them to strangers than perhaps anything else ever will. Are their trappings more expensive than what they can afford? Are they excessively simple? Have they dressed themselves to hide something, or reveal?

What markings can we see?

Is your character tattooed? Ritually scarred? Striped, spotted, or painted? Body markings can speak to a rich connection to their past, a traumatic history, or evidence of a fresh fight.

How does your character introduce themselves?

A strong relationship to a higher power is often felt in the first meeting with a religious PC through their blessings, or curses as the case may be. Alternatively, a greeting might open the doors to quirks a character’s picked up along the ways. Do they timidly offer their name? Does their voice boom in jolly greeting?

What does your character notice first?

Inevitably, your story starts somewhere. Once establishing the setting of the opening scene, find out what’s important to your PCs by seeing where their eyes land. Lay plenty of objects and NPCs around to trap them into revealing something deeper about their character. Who notices the coin purses at the hip and who notices blasters? Does anyone notice just how alien the architecture is, or how cold the unnatural chill in the room?

Maybe more character development than introduction, what a character smells like can also define them. The adventurer’s will be on the road (or in the ship, no board the balloon) for what may turn into a long time. Might as well find out now who will be attracting the fleas.

How a character smells can also let you know more about their job, their upbringing, and social class. Do they smell of expensive oils? Stink like mechanic’s grease? Have the scent of a long journey without bathing still on them?

Smell is also one of the first things we react to as humans, whether passively or actively. Maybe a character doesn’t like strong perfume, or only feels at home with more earthy travelers. Using this sense also gives other PCs a threat for constant interaction beyond planning who will hit the orc, and who might delay their action.

However you choose to have your players introduce their in-game personas, make sure to get the action moving immediately to encourage the players to begin interacting.

How do you introduce your PCs?